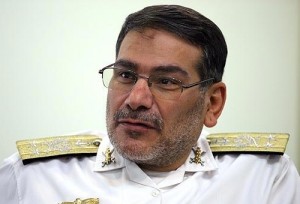 The announcement marks the first time that Iran has said it would give Lebanon military assistance. Tehran has offered help in the past but such offers did not materialize because of sharp divisions among Lebanese political groups over Iran.

Iran is the main backer of Lebanon’s militant Hezbollah group, which has a force more powerful than the Lebanese national army. The group has thousands of rockets and missiles – many of them from Iran.

Ali Shamkhani, secretary of Iran’s Supreme National Security Council, did not elaborate on the type of military equipment that Iran would provide. He told reporters in Beirut on Tuesday that the details would be announced during an upcoming visit by Lebanon’s defense minister to Tehran.

A Lebanese military official told The Associated Press that any military grant from Iran to Lebanon would still need the approval of the Lebanese government. The official spoke on condition of anonymity in line with regulations.

For the past two months, the Lebanese army has been fighting Muslim militants near the border with Syria. In early August, extremists crossed into Lebanon from Syria, capturing 20 soldiers and policemen. Two of the soldiers have since been beheaded and one has been killed in captivity.

Hezbollah has used the threat posed by the Islamic State group in neighboring Syria to justify sending its militia to fight alongside Syrian President Bashar Assad’s forces.

After Lebanon, Shamkhani is to visit neighboring Syria later Tuesday for talks with Syrian officials.