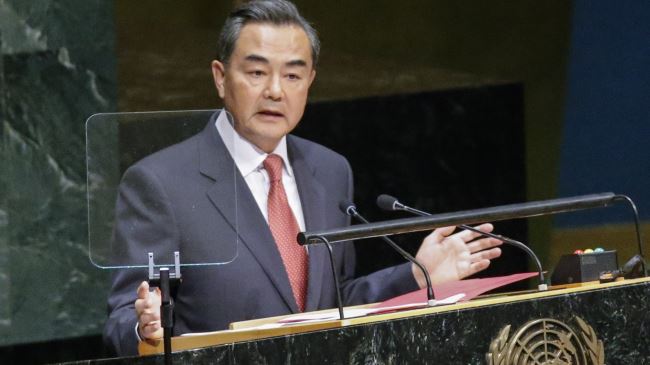 In his address to the 69th session of the United Nations General Assembly in New York, the top Chinese diplomat said any final deal aimed at ending the longstanding dispute over Iran’s civilian nuclear work should be “comprehensive,” “fair” and “balanced.”

Wang also called on all parties involved in the nuclear talks to show sincerity and make all efforts to iron out their differences and reach an “early” and “win-win” agreement.

Iran and the P5+1 states – Russia, China, France, Britain, the US and Germany – are currently in talks to work out a permanent agreement over Tehran’s nuclear activities as a November 24 deadline approaches.

Last November, the two sides clinched an interim nuclear accord, which took effect on January 20 and expired six months later. However, they agreed to extend their talks until November 24 as they remained split on a number of key issues.

Tehran and its negotiating partners wrapped up their latest round of closed-door negotiations in New York on September 26.

On Friday, Iranian Deputy Foreign Minister for Arab and African Affairs Abbas Araqchi, a top nuclear negotiator, said Iran and the P5+1 states had not reached any agreement on major issues, adding, however, that there had been progress with regard to the details of technical issues.