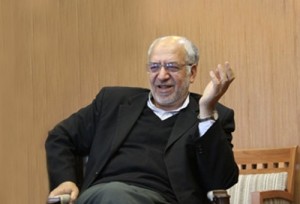 Tehran, Sept 29, IRNA – Minister of Industry, Mines and Trade Mohammad Reza Nematzadeh says efforts are underway to increase car production and at the same time minimize the margins of the auto market.

Of course, he noted, those who benefitted from this market are against minimization of the margins as their windfall profits are gone.”

He said in the first half of the current calendar year (started March 21), 455 thousand cars were manufactured. He expressed hope that the figure would increase to 1.2 million cars.

The industry, mines and trade minister pointed to determination of car manufacturers for export of their products and said 30 thousand cars manufactured by SAIPA have been exported.

Referring to the triple increase in the tax and commercial profit of imported cars, he said those who can afford buying luxury cars can definitely pay the related taxes.

Car importers in the current year have imported 78 thousand cars the profit of which amounts to 10.460 billion rials. The majority of car imports were from South Korea, 76% of which were imported through the UAE and 16% through China.