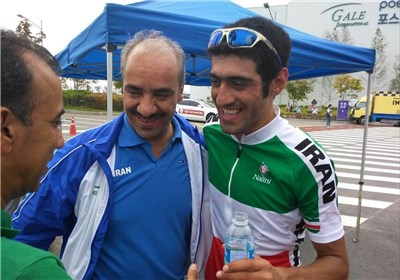 After racing 13 laps of the 14-kilometer road track of the Songdo Road Cycling Course for a total 182 km in the port city, Godarzi claimed the silver medal after clocking 4:07:52