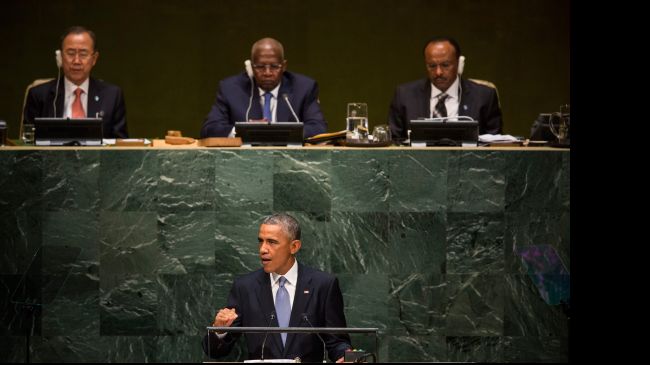 Barack Obama sought to rally the world for a new struggle against Islamic extremism at the UN general assembly on Wednesday, while trying to reassure a global audience that he would not repeat the mistakes of George W Bush’s so-called “war on terror”.

Speaking to the United Nations general assembly in New York, hours after news broke that the US-led air campaign been extended from Iraq into Syria, he vowed that the Islamic State militants, known as Isis or Isil, would be degraded and then destroyed.

“We will use our military might in a campaign of air strikes to roll back Isil. We will train and equip forces fighting against these terrorists on the ground. We will work to cut off their financing, and to stop the flow of fighters into and out of the region,” he said.