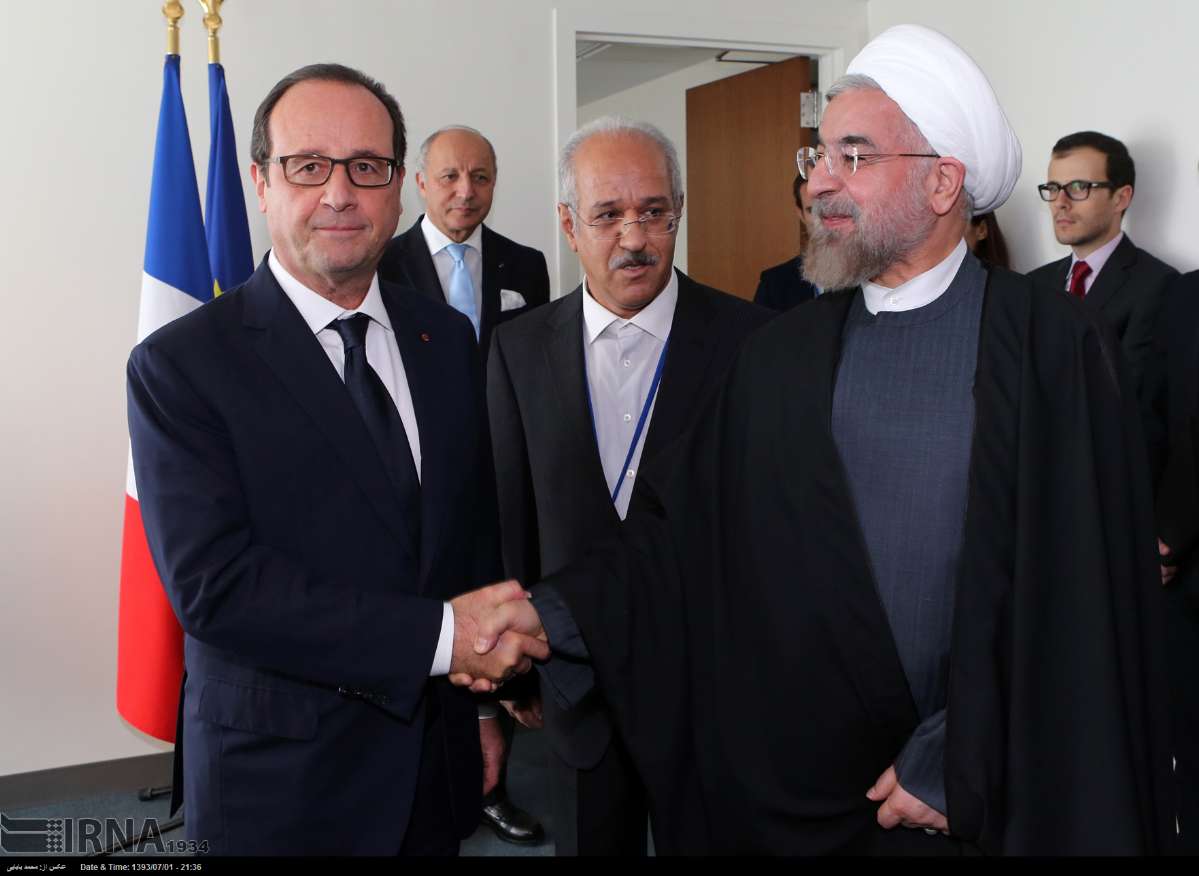 TEHRAN (Tasnim) – Iranian President Hassan Rouhani said the most important message of the nuclear talks between Tehran and world powers was that international problems can be resolved through dialogue.

“After the talks started and when it was clarified that Iran has a serious resolve, the atmosphere, which had been created against the Iranian nation in the West, collapsed and a real and trust-building atmosphere was created,” Rouhani said in a meeting with his French counterpart Francois Hollande at the United Nations headquarters in New York on Tuesday.

He said the most important message of the negotiations between Iran and the Group 5+1 (the five permanent UN Security Council members plus Germany) was that important international problems can be settled through dialogue.

“These days’ negotiations between Iran and the (Group) 5+1 are highly important for building the future, and we hope that the nuclear issue will be resolved in a balanced way and a win-win result will be reached by both sides by taking into consideration the Iranian nation’s rights and concerns,” the Iranian president said.

Elsewhere in his remarks, Rouhani commented on Iran’s regional position, and said, “Iran is an influential power in the region and the West must understand this reality.”

Hollande, for his part, described Iran’s role in combatting terrorism in the region as special, and expressed the hope that after a comprehensive nuclear agreement, the two countries would promote cooperation in other areas.