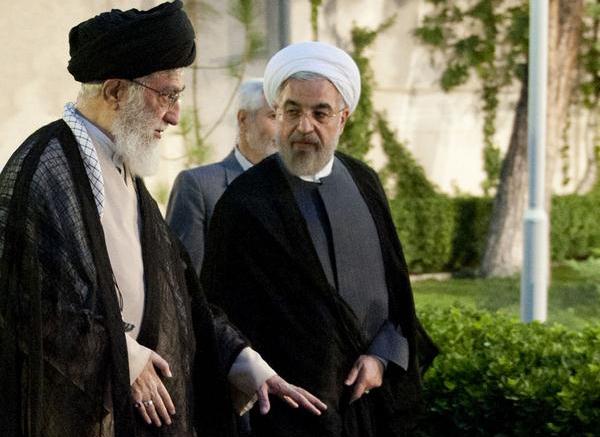 President calls on Supreme Leader before departure to United Nations

Tehran, Sept 21, IRNA – President Hassan Rouhani called on the Supreme Leader on Sunday prior to his departure to the United Nations General Assembly.

In the meeting the Supreme Leader wished successful mission for the president.

Meanwhile, the President will take part in the annual ceremony to mark anniversary of Iraqi invasion of Iran in 1980 and deliver speech to the parade of the Armed Forces on the Sacred Defense Week.

The 69th UN General Assembly opened on Tuesday and will work until October 1.