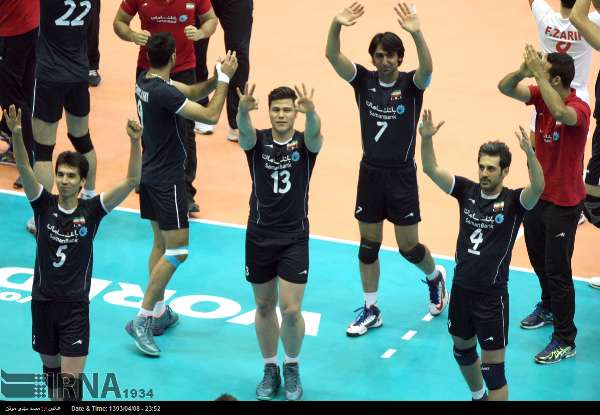 During the first round of the 2014 Poland FIVB Volleyball Championships the Iranian national volleyball team had defeated Italy, US, Puerto Rico, and Belgium, with only one defeat versus France.

In the second round of the competitions, too, Iran beat Argentina, Australia and Serbia and was defeated only by the host, Poland, to qualify for the final round with seven victories and two losses, among the world’s top six teams.

As Iran lost its two games to Germany and France, it failed to reach the semi-finals and had to compete for the fifth place with Russia, but it lost again and came sixth.