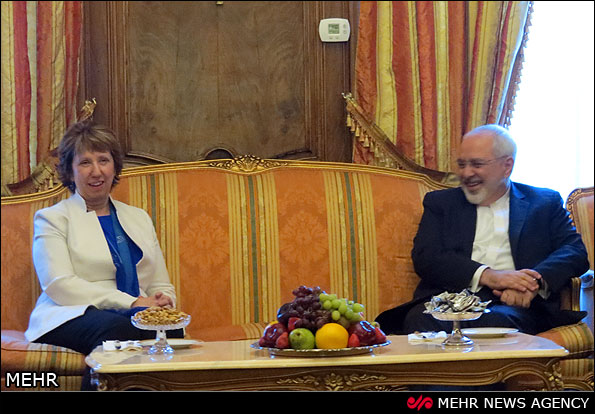 New York, Sept 19, IRNA – Representative of Iran and United Sates held 6 hours of political and technical bilateral talks here on Thursday to resolve the remaining differences in the way of achieving a comprehensive nuclear agreement and are to resume talks in hours today.

In this round of Iran’s nuclear talks with the Sextet which actually began on Wednesday New York local time with Foreign Minister Zarif and EU Foreign Policy Chief Ashton working lunch, the Iranian deputy foreign ministers Seyyed Abbas Araqchi and Majid Takht-e Ravanchi held two and a half hours of talks with US veteran deputy secretary of states William Joseph Burns and Wendy Sharman on Thursday.

Also the Iranian and US technician delegations held over three hours of talks on Thursday night aimed at decreasing the remaining differences of opinion, led by Hamid Baeidinezhad on Iran’s side and Jim Tumby on the US side.

The Thursday bilateral Iran-US talks were the 3rd round of their official consultations within the past two months on remaining disputed issues in Iran’s peaceful nuclear program, in which the two sides have negotiated for dozens of hours.

The diplomats in New York evaluate these talks as fruitful in terms of increasing both sides’ understanding of each other’s stands, but the informed sources believe the differences still remain in place and the achieved progress is not noteworthy.

Among the disputed issues on which worthy mutual understanding has been achieved there is the Arak heavy water reactor, thanks to the basic alterations initiated by Iranian nuclear experts in it that ease the West’s worries about the amount of the produced plutonium in it.

Now the two sides have till November 24 to achieve a comprehensive nuclear agreement that is a deadline that more than any side should be place for serious concern of the Americans.

President Rouhani had stressed in an interview with the NBC emphasized that Iran is seriously determined to resolve the nuclear dispute with the West, reiterating that there is no other way out of the problem, save for negotiations.

He also made clear that Iran, unlike some other sides that have messed up their tables, has nothing on the table but sound logic, negotiation expertise, and capability for frank and constructive interactions.