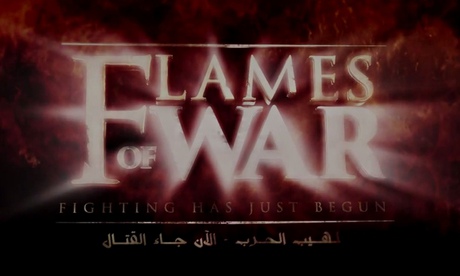 Isis video threatens to target White House and US troops

A still from the latest Islamic State video. Photograph: YouTube

slamic State militants have threatened to target the White House and kill US troops in a new slickly made video response to Barack Obama’s campaign to “degrade and destroy” the organisation.

The video, in the style of a blockbuster movie trailer for what is “coming soon”, depicts a masked man apparently about to shoot kneeling prisoners in the head. Towards the end of the clip there is shaky footage of the White House filmed from a moving vehicle, suggesting the building is being scoped out for attack.

It was released on Tuesday after US defence chiefs suggested that American troops could join Iraqi forces fighting Isis, despite Obama’s assurance that US soldiers would not be engaged in fighting on the ground.