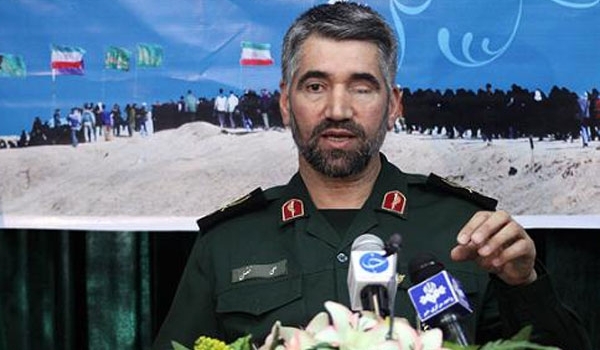 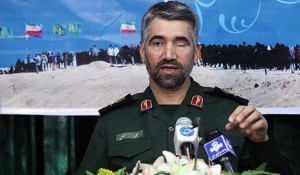 TEHRAN (FNA)- Lieutenant Commander of Basij (volunteer) Forces Brigadier General Ali Fazli voiced suspicion over the so-called coalition formed by the US to fight the Islamic State of Iraq and the Levant terrorist, saying that the coalition which consists of supporters of the ISIL cannot be trusted.

“A country which has created ISIL and fed it is now after a coalition against it because this country itself has now faced crisis,” Fazli told reporters in a press conference in Tehran on Tuesday.

“The coalition that the US is after it is not trustworthy since if they wanted to fight the ISIL, they wouldn’t support the terrorist group,” he added.

NATO heads of state convened in the Welsh city of Newport on 4-5 September and US Secretary of State John Kerry and Defense Secretary Chuck Hagel told foreign and defense ministers participating in the NATO summit that the US was forming a broad international coalition against ISIL.

In relevant remarks on Monday, the Iranian Supreme Leader said the US had played no role in the ISIL’s recent defeat in Iraq, and stressed that Washington officials have repeatedly demanded Iran to join them in the fight against the ISIL, but Iran had rejected all their demands.”During the days I was at the hospital, I had fun listening to the remarks of the US officials on fighting Daesh (ISIL),” Ayatollah Seyed Ali Khamenei said in an interview with Iran’s state-run TV on Monday as he left the hospital after a successful prostate surgery.

Ayatollah Khamenei described the US officials’ allegations about fighting the ISIL as hollow and biased, and said the US disappointment at Iran’s partnership in its incorrect and illegal coalition was an “unrivaled honor” for Tehran.

He referred to US Secretary of State John Kerry’s remarks that his country wouldn’t invite Iran to the anti-ISIL coalition, and said, “The same US secretary of state had personally demanded (Iranian Foreign Minister) Dr. (Mohammad Javad) Zarif, and called for cooperation with us on Daesh but Dr. Zarif had rejected his demand.”

Ayatollah Khamenei also revealed that “the US deputy secretary of state (Wendy Sherman) repeated the same demand for cooperation with Iran against the ISIL during the talks with her Iranian counterpart Seyed Abbas Araqchi, and the Iranian deputy foreign minister refused it”.

He underscored Iran’s firm and explicit opposition to cooperation with the US in fighting the ISIL, and said, “Now they are telling a lie that they won’t accept Iran in the coalition because Iran had announced its opposition to its presence in such a coalition since the very beginning.”

Reiterating that the Americans were not serious about fighting the ISIL, he said, “The Americans and even Daesh are well aware that the move which broke Daesh’s backbone in Iraq was not the US action but the acts of the popular forces and the Iraqi army who had well learned the ways to fight Daesh and inflicted heavy damages on the group.”

He underscored that the Iraqi popular forces and army’s blows to the ISIL would continue, and said, “The reality is that the Americans are seeking an excuse to do the same actions in Iraq and Syria that they are doing in Pakistan, where they trespass on the country’s territory without any permission, despite the existence of a sovereign government and a powerful army (in Pakistan), and bomb different parts.”

“The Americans should know that if they do this, the same problems that were created on their way in the past ten years in Iraq will be created for them again,” Ayatollah Khamenei stressed.