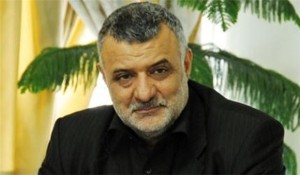 The Iranian agricultural Jihad minister further added that Tehran and Paris can launch cooperation in farming, fishery and livestock.

Adam, for her part, said she is visiting Iran in a bid to become familiar with the country’s agricultural activities, adding that French Agriculture Minister Stephane Le Foll will visit Iran soon.

European countries have shown willingness for the development of relations and cooperation with Iran following the implementation of Iran’s November nuclear deal with world powers.

In February, French Ambassador to Tehran Bruno Foucher said his country was ready to broaden its trade cooperation with Iran.

The envoy said a French delegation of more than 100 businessmen who were visiting Iran those days was preparing the grounds for more trade ties between Tehran and Paris.

Foucher noted that more French companies and enterprises were willing to invest in Iran.

“I hope that this meeting will clear the way for the development of relations between Iranian and French trade and industrial sectors and remove obstacles to better ties,” said Foucher.