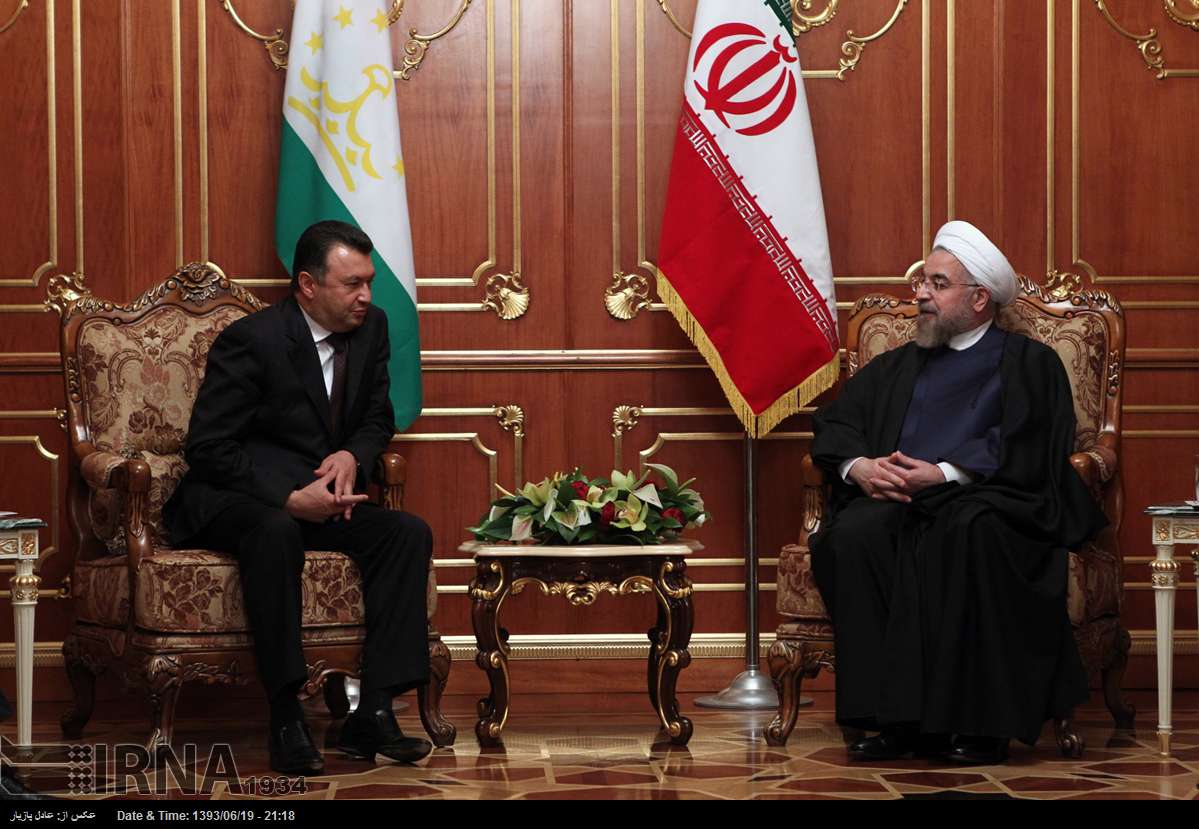 Dushanbe, Sept 10, IRNA – Iranian President Hassan Rouhani said in a meeting with Tajikistanˈs prime minister that Iran and Tajikistan have been, are and will be close partners in all regional and international issues.

President Rouhani announced in the meeting Iran’s readiness for expansion of scientific and academic cooperation with Tajikistan, especially in technical and engineering fields, reiterating that the agreements in this vast and the achievements of this trip can pave the path for broader bilateral cultural, economic and scientific relations.

The Tajik premier, too, expressed certainty in the meeting that the entire reached agreements between the two countries will be properly implemented.

He said that construction of major infrastructure projects in Tajikistan by Iran is the result of signing more than 100 documents and memoranda of understanding.

The Tajik premier said that those projects have played and will continue to play significant roles in advancement and development of Tajikistan.