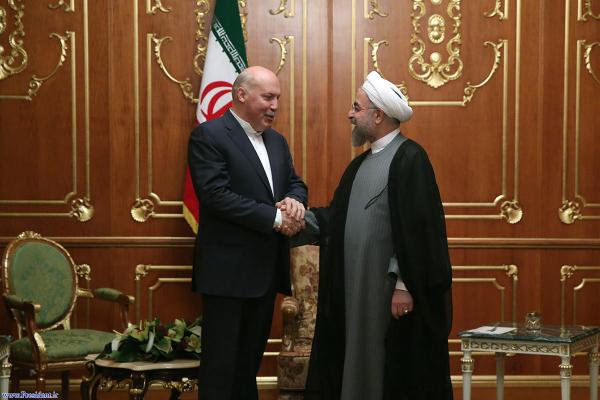 The Iranian President made the remarks in a meeting with Secretary General of the Shanghai Cooperation Organization (SCO) Dmitry Fyodorovich Mezentsev.

President Rouhani is in Tajikistan to attend the 14th summit meeting of the SCO.

“The fight against terrorism is not an easy and short time job and requires a collective determination,” said the President.

Therefore, he added, such fight needs a firm political will and a joint regional and international cooperation.”

“All should believe that existence of a terrorist group will benefit no one,” President Rouhani stressed, urging all SCO member and supervisor states to fulfill their duties to protect regional stability.

Meanwhile, the SCO secretary general said that the body attaches importance to the Iranian President’s stances on fight against terrorism and extremism.

Mezentsev added it is highly crucial for the SCO to cooperate with Iran on various economic and cultural fields as well as regional security and stability.

He hoped that the upcoming 14th summit of the SCO would take a major step in maintaining regional stability and security.

President Rouhani is to address the summit on Friday.

The SCO is a Eurasian inter-governmental organization which was founded in 2001 in Shanghai by the leaders of China, Kazakhstan, Kyrgyzstan, Russia, Tajikistan, and Uzbekistan.