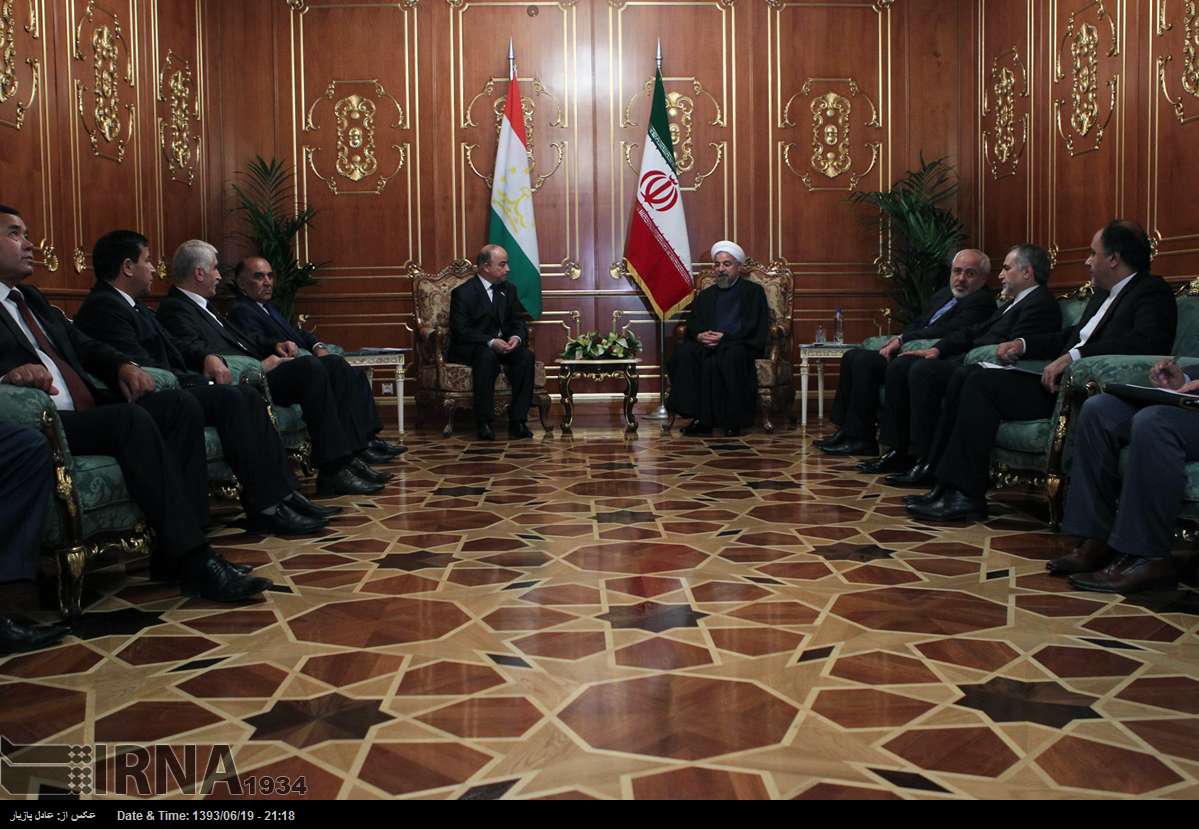 During the meeting on Wednesday, Rouhani, who is on an official visit to the Central Asian country, stressed enhancement of relations between the two nations and governments, saying that it will serve common interests.

The Iranian chief executive also reiterated the important role of parliaments in the development of cooperation among countries.

He described Tehran as a trustworthy and strategic ally of Dushanbe and said once the cooperation agreements signed between the two countries are finalized, Iran will play a major role in Tajikistan’s economy.
Earlier on Wednesday, President Rouhani and his Tajik counterpart Emomali Rahmon jointly inaugurated Sangtuda 2 Hydroelectric Power Plant.

The Iranian and Tajik presidents inaugurated the hydroelectric dam via video conference after attending a ceremony, in which nine cooperation agreements between the two countries were signed.

Rouhani on Monday started a 5-day tour of Central Asia to Kazakhstan and Tajikistan, where he will attend the 14th summit meeting of the Shanghai Cooperation Organization (SCO).