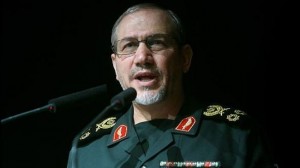 A senior Iranian military official has called for the preparedness of the Iranian Armed Forces to foil threats posed to the Islamic Republic from high seas across the globe.

“Potential naval threats against Iran will probably come from [various sources including] the Mediterranean Sea, the Red Sea, [and] the Indian Ocean [all the way to] the Sea of Oman and the Persian Gulf, and Iran’s Armed Forces should target possible enemy threats and adventurism at source,” said Major General Yahya Rahim Safavi.

The military advisor to Leader of the Islamic Revolution Ayatollah Seyyed Ali Khamenei also stated that Iran’s 2,700-kilometer shores off the Persian Gulf, the Sea of Oman and the Caspian Sea require adoption of “a naval strategy for both military and non-military sectors.”

Future naval threats against the Islamic Republic would be “sea-based and air-based,” the Iranian general added, emphasizing that “trans-regional enemies” have been “weakened” following their failures in Iraq, Afghanistan and the Gaza Strip.

During past years, Iran has made important breakthroughs in its defense sector, attained self-sufficiency in producing important military equipment and systems and enhanced the preparedness of its forces by holding various drills.

The Iranian Iran’s Navy, for its part, has been increasing its presence in international waters to protect naval routes and provide security for merchant vessels and tankers.