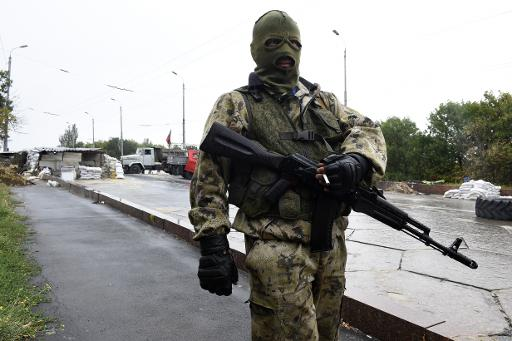 EU member states have agreed to bring a new round of sanctions into effect against Russia on Friday, diplomatic sources said, after sharp disagreements on how to react to a ceasefire in Ukraine.

A statement on the long-delayed measures is expected later Thursday from European Council President Herman Van Rompuy spelling out how they should be introduced in light of the truce, which appears to be holding.

Van Rompuy will “say that in light of developments on the ground, the sanctions can be looked at again,” said one of the sources who asked not to be named.

European Union leaders agreed at a summit late last month on the need for another package of economic sanctions after Russia allegedly sent troops and heavy equipment into eastern Ukraine to support pro-Moscow rebels there.

The sanctions were finalised last Friday, but on the same day Kiev and Moscow agreed a ceasefire and peace plan, forcing a rethink and a string of meetings in Brussels to discuss when they should be introduced.

The problem for the 28-member European Union was how to explain the implementation of new, tough sanctions just when it seemed as though peace efforts were making headway in Ukraine, the source said.

Accordingly, the member states’ ambassadors to the EU agreed that the package could be reviewed if “the ceasefire proves lasting and a peace plan takes shape,” the source said.

The EU will carry out “an exhaustive assessment” of the situation by the end of the month, the source added.

The 28 ambassadors formally agreed Monday on implementing the package — but with the caveat that it be linked to the ceasefire and only introduced “in a few days,” rather than immediately as had been expected at first.

Amid confusion about what that meant in practice and with some member states apparently preferring to wait and see rather than introduce the sanctions straight away, the ambassadors met Wednesday without result.

Diplomats say the sanctions will likely limit access to financial markets by Russian oil companies such as Rosneft and Transneft plus the petroleum unit of gas giant Gazprom.

They cover the same four areas as previous measures adopted in July — capital markets, defence, dual-use goods with both military and civilian capabilities, and oil technology, they added.