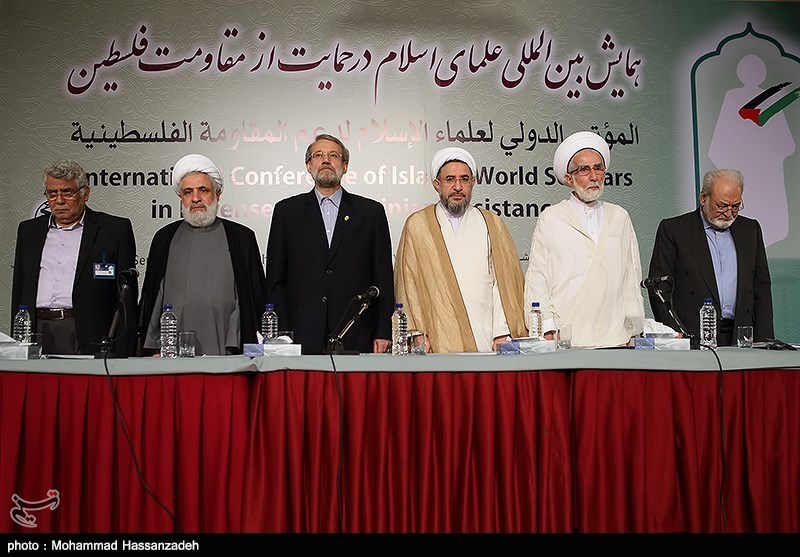 TEHRAN (Tasnim) – Muslim scholars from across the world have gathered in the Iranian capital Tehran to take part in a conference to voice support for the Palestinian resistance against the Israeli regime.

The two-day conference has been organized by World Forum for Proximity of Islamic Schools of Thought.

Ayatollah Mohsen Araki, Secretary General of the World Forum for Proximity of Islamic Schools of Thought, Sheikh Naeem Qasim, Deputy Secretary General of Hezbollah, Sheikh Ahmad al Zein, Head of the Muslim Scholars’ Society as well as a number of representatives from Palestinian resistance groups Hamas and Islamic Jihad Movement are among the keynote participants in the conference.

The Union of Resistance Clerics will be also established on the sidelines of the conference.

Islamic resistance in the region and Palestine’s territorial integrity as well as current challenges facing Palestine are among the issues which top the agenda of the conference.

In recent years, the concept of resistance has attracted a great deal of attention across the Muslim world.
It refers mainly to the courage and fortitude shown by the people of Palestine, who have withstood Israel’s crimes for years.

In a stark reminder of the Tel Aviv regime’s brutalities, more than 2,000 Palestinians, most of them civilians including more than 490 children, were killed in the Gaza Strip after Israel launched an offensive on the coastal enclave of 1.8 million population on July 8.

Back in August, Hamas leader Ismail Haniyeh hailed the signing of a long-term ceasefire with Israel as a victory for the Palestinian resistance.

The long-term ceasefire agreement, meanwhile, promises a gradual easing of the Israeli-imposed economic blockade of Gaza, which Israel has maintained with Egyptian support since 2007.