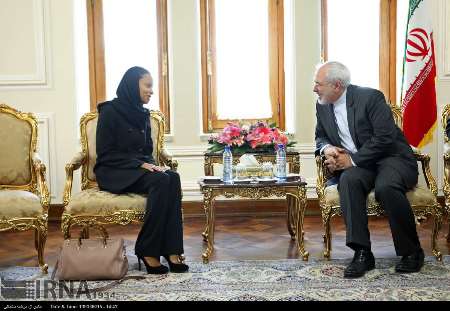 On 6 September 2014, the Director of the UNESCO Cluster Office in Tehran presented her credentials to the Minister of Foreign Affairs, H.E. Mohammad Javad Zarif.

During the meeting, Mr. Zarif highlighted the longstanding relationship between UNESCO and I.R. Iran, and expressed his appreciation of the Agency’s work. He mentioned the particular importance of promoting dialogue between cultures, peoples and civilizations in the current context of wars and extremism in the world.

Referring to UNESCO’s activities in Education, Science and Culture, the Minister underlined Iran’s commitment to help promote mutual cooperation at bilateral, regional and international levels, and expressed his full support to UNESCO’s mission in Iran.

Ms. Kuisch-Laroche thanked the Minister for I.R. Iran’s active involvement in UNESCO and expressed the hope to further strengthen the relationship between I.R. Iran and UNESCO in all programme areas.