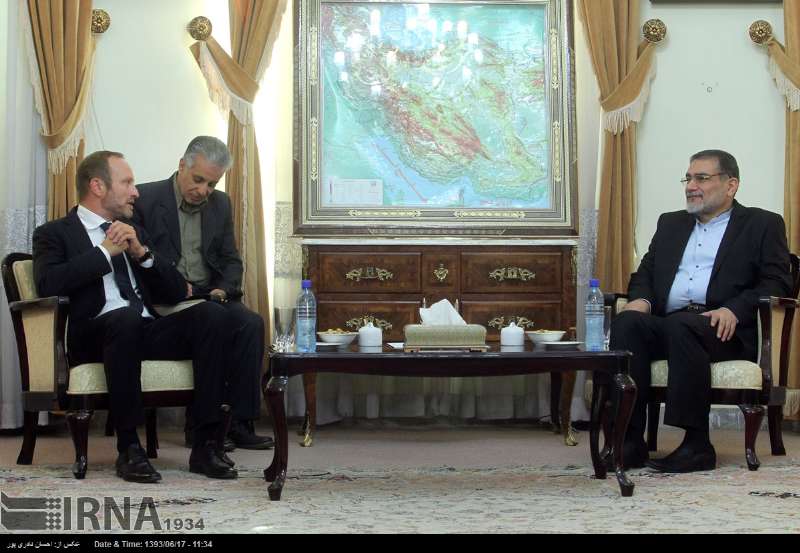 Shamkhani: Iran would not succumb to ‘excessive demands’

TEHRAN, Sep. 08 (MNA) – Secretary of Iran’s Supreme National Security Council has said Iran would not succumb to the excessive demands in nuclear negotiations.

Ali Shamkhani received Danish foreign minister Martin Lindegaard who is in Iran for meetings with the country’s officials on Monday. He said that the Islamic Republic of Iran had been a pioneer in fighting terrorism, and wields great impact on the phenomenon with supporting Iraqi suppressed nation.

Shamkhani who represents the Leader in the Council, said that terrorism was a great threat to global stability and security, and that political, ideological and security conditions conducive to growth of terrorism should be eliminated.

Shamkhani commented on Iran’s ‘transparent and honest’ approach to the nuclear talks with the west, and said that the country would continue cooperation with the IAEA. “We expect IAEA and the 5+1 to recognize our full entitlement to our rights and would not succumb to excessive demands in turn for our commitment to obligations,” emphasized Shamkhani.

“Iran has been in road to improved economic development and positive progress relying on domestic capabilities despite sanctions; the EU countries should grasp the opportunity of the open windows for a constructive cooperation, since it would not remain open for good,” said the Leader’s representative in the Council.

Danish foreign minister expressed satisfaction for visiting the Islamic Republic of Iran and also for good dialogues to improve bilateral trust between the EU and Iran. “Nuclear negotiations are in a hopeful path despite a number of discords in finalizing a comprehensive deal,” said Lindegaard. He highlighted the influential role of the Islamic Republic of Iran in the region especially in fight against terrorism, and believed that eradication of terrorism threat entailed cooperation of all global and regional players.

“Threat of terrorism is highly important for the EU; if not addressed effectively, it would be the source of unpredictable damage to international peace and stability,” he added.