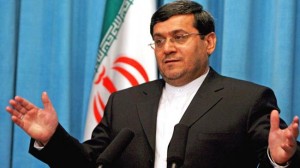 TEHRAN (FNA)- Iranian Deputy Foreign Minister for Consulate, Parliamentary and Expatriate Affairs Hassan Qashqavi lashed out at Australia for mistreating the refugees after an Iranian national died in the country due to the inhuman conditions of a refugee camp.

“The islands that Australia has considered for sheltering the refugees who intend to enter the country via the sea have hard and inhumane weather conditions and the refugees are not treated well in them,” Qashqavi said in an interview with the Persian service of the Iranian students news agency on Sunday.

He referred to the Iranian refugee who lost his life after suffering septicemia and then brain death in Australia, and said, “The bad respiratory conditions in Manus Island and the impacts of this region’s sewage on people’s living conditions made the Iranian national’s health conditions grow critical and led to his septicemia.”

Noting that he has held several meetings with Australian officials and the country’s ambassador has been summoned to the Iranian foreign ministry to protest at the situation of the Iranian nationals seeking asylum in Australia, Qashqavi called on human rights activists and institutions to use their capacities to put an end to such inhumane conditions in Australia.

“Sometimes, the refugees are deliberately kept in bad weather conditions, made to suffer malnutrition and don’t receive proper medical treatment, and we have always protested at such a behavior of the Australian government,” the deputy foreign minister stressed.

News reports said on earlier this week that an Iranian man who had been seeking asylum in Australia, but developed septicemia after a cut on his foot at an offshore detention center, died on Saturday.

The cut became infected and led to septicemia, which caused a heart attack, they say.

Rintoul has blamed conditions in the camp for Khazayee’s infection, saying detainees sometimes had to walk through raw sewage overflows caused by hosing out blocked toilets and by high tides.

Greens Senator Sarah Hanson-Young says there was a delay in providing adequate care to Khazayee – a claim echoed by Rintoul, who described the Manus Island camp as “unhygienic hell-hole that must be closed”.