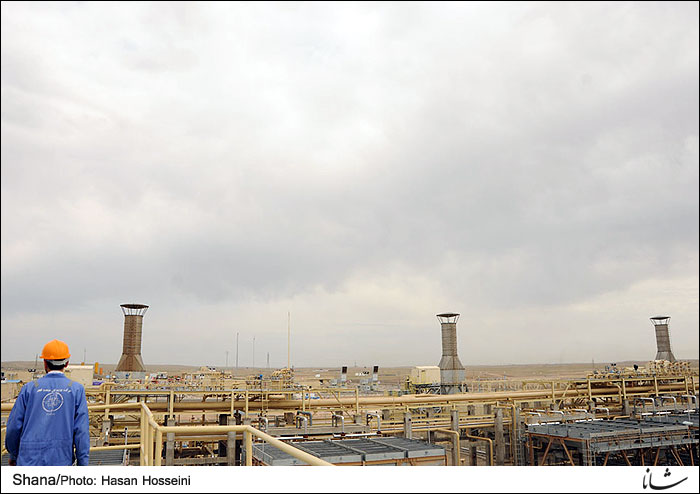 TEHRAN (FNA)- Iran launched the largest gas storage facility of the Middle East in the Northeastern parts of the country on Sunday.

The gas storage facility is expected to boost Iran’s gas delivery capacity to 10 million cubic meters per day (mcm/d) by the next winter while eliminating the need to import gas from neighboring countries.

The storage facility will transfer gas to North Khorassan, Khorassan Razavi, Mazandaran, Gilan and Ardebil provinces in North, Northeast and Northwest of Iran.

Located 25km southeast of Sarakhs in northwestern Iran, the Shourijeh facility will store 5 mcm/d of gas over the next seven months and its storage capacity will increase to 10 mcm/d of gas by the next winter.

The Shourijeh facility is capable of storing up to 4.8 billion cubic meters (bcm) of gas.

The Iranian companies have manufactured and supplied 55 percent of Shourijeh facility’s equipment and the remaining 45 percent has been imported from Ukraine.

Accomplishment of the Shourijeh project has cost a sum of 1,120 billion rials plus 18 million euros.

“Iran will become one of five main countries in the world and second in the Middle East with underground facilities for natural gas storage,” Samivand told reporters.

In October, Director of Research and Technology at the National Iranian Gas Company (NIGC) Saeed Pakseresht highlighted Iran’s capabilities in reservoir studies for gas storage industry, and said Iranian experts “are ready to cooperate with other countries in the area”.

Pakseresht said that Iran is very capable in reservoir studies for gas storage industry, and voiced Tehran’s readiness to help other countries to this end.

Iran’s exchange of information with other countries in gas storage shows it holds high level of know-how and expertise, he said, adding most of geographical activities and development of storage reservoirs can be carried out inside Iran, the Iranian students news agency reported.

Pakseresht also noted the country’s potentials and capacities for gas storage are quite considerable.

“There have been no new talks on gas exports to Europe, but there are routes and facilities which we need to use them,” Majedi said, adding the country is now pumping gas to Iraq and Turkey.