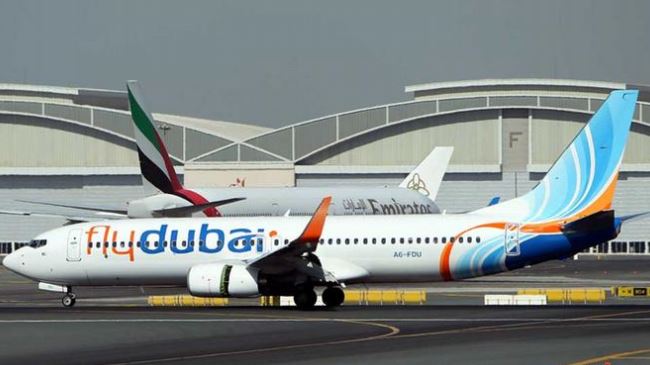 Iran says a Fly Dubai airliner with about 100 Americans on board made an emergency landing in southern Iran due to the discrepancy between flight plan and pilot transmissions.

Iranian officials said the chartered plane, transporting Americans from the US airbase at Bagram, Afghanistan, to Dubai, diverted to Iran’s Bandar Abbas Airport on Friday, after the crew supplied “false information.”

Speaking to reporters in the Iranian capital, Tehran, on Saturday, Iranian Foreign Ministry Spokeswoman Marzieh Afkham said the aircraft was allowed to leave Bandar Abbas for Dubai after its flight documents were reviewed and the ambiguities resolved.

The US Department of State said on Friday that the plane landed in the Iranian port city after being rerouted because of a “bureaucratic issue… involving the plane’s flight plan.”

A US official said the aircraft had not updated its flight plan after leaving Bagram for Dubai.

Iranian officials first asked the plane to turn around and then then land at the Bandar Abbas Airport when they were told that the aircraft did not have enough fuel to return to Afghanistan, the US official said.

US Department of State spokeswoman Marie Harf rejected media reports that Iranian jets had escorted the Fly Dubai plane. “No Iranian jets were scrambled in this situation,” she said.

“We appreciate the efforts of all parties to help the passengers get safely to their destination,” Harf added.