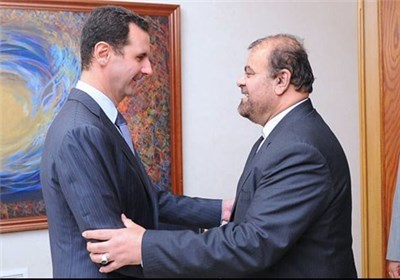 In a meeting with Rostam Qassemi, head of a committee on the expansion of Iran-Syria economic relations, Assad heaped praise on Iran for its unwavering support for the Syrian nation since the eruption of crisis in 2011.

The Syrian president also underlined that Damascus is keen to broaden ties with Tehran in the economic arenas, according to SANA.

For his part, Qassemi, who is heading a visiting team of Iranian officials to Damascus, expressed Tehran’s preparedness to provide Syria with whatever assistance it needs to repair the damage caused by war.

He also commended the Syrian nation for its resolute resistance to terrorism, saying the lingering war could not alienate Syria from its “leading role in the axis of resistance.”

On Sunday, President Assad swore in his new government, noting that security and reconstruction of the crisis-torn country would be high on the agenda.

The new government, appointed a few days ago after Assad’s re-election in June, takes office as the death toll in the country’s conflict since March 2011 soars past 191,000.