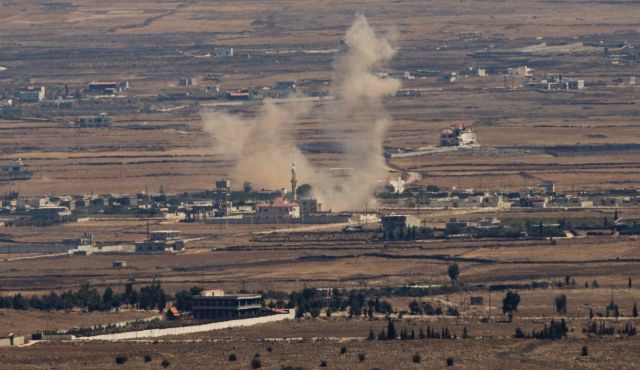 Mortar round found in Israeli Golan as fighting between Assad forces and rebels continue across the border.

Israel hit a Syrian army position with a Tammuz missile Thursday afternoon, the Israel Defense Forces spokesman has confirmed, in response to mortar fire in the area of the Golan Heights.

One of the mortars was found on the Israeli side of the border with Syria.

The army attacked “a Syrian army position in response to errant fire from internal Syrian fighting, next to the fence, which is transpiring in Syria,” the IDF spokesman stated.

The IDF confirmed a direct hit on the target, and added that the army views “the Syrian army responsible for any shooting into Israel.”

Sirens sounded on the Israeli side of the Golan Heights earlier Thursday. Two shells fell on the Syrian side of the border. No injuries or damage was reported.
Fighting resumed between rebel forces and the Assad regime in the vicinity of the border with Israel last week. The Islamist Al-Nusra Front reportedly took control of the Quneitra Crossing, where fighting continues.