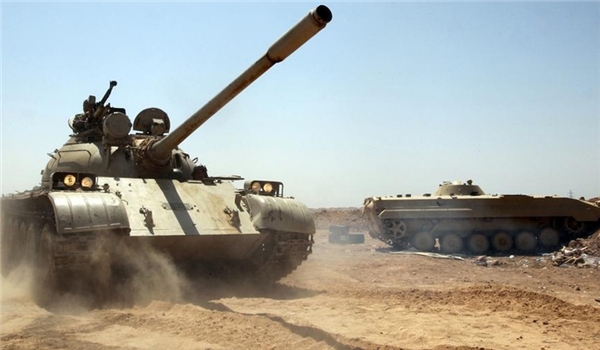 TEHRAN (FNA)- Informed military sources said the US has played no role in defeating the Islamic State of Iraq and the Levant (ISIL) terrorists and breaking the siege of the city of Amerli in Northern Iraq.

“The information and intelligence obtained from the Armed Forces’ radar networks in Western and Northwestern Iran as well as reports provided by reliable non-Iranian sources present in Northern Iraq rejected the allegations that the airstrikes leading to the break of Amerli siege were made by the US planes,” an Iranian military source said.

Iraqi forces succeeded in breaking the siege of Amerli on August 31, where thousands of Iraqis had been trapped for over two months with acute food and water shortages.

After the Iraqi Army and popular forces could break the siege on Amerly through a successful operation, the western media tried to portray the US airstrikes as the main cause behind the success.

On Monday night, Even US President Barack Obama tried to boost the propaganda over the US alleged involvement in ending Amerli siege by issuing a report to brief the congress on operations of the US Army in Iraq.

“The West has launched media hype to show the US as the savior of the Iraqi while the US and its allies have made no efforts to save the Amerli residents who lived with little food, medicine or medical services for 70 days,” said the source.

The lack of action on the part of the US after it launched a media hype about its aid to the Ezadis last month has angered the residents of Amerli who are complaining about the US discriminatory and double-standard policy in supporting the residents of different parts of Iraq.