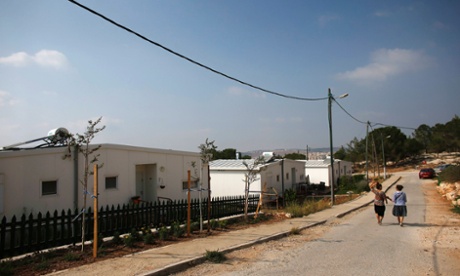 Israel has claimed almost 1,000 acres near Bethlehem, in a move Palestinians say will only increase tension

The United States has criticised Israel’s announcement of a land appropriation for possible settlement construction in the occupied West Bank as “counterproductive” to peace efforts, and urged the Israeli government to reverse the decision.

Israel laid claim to nearly 1,000 acres (400 hectares) in the Etzion settlement bloc near Bethlehem, a move which an anti-settlement group termed the biggest appropriation in 30 years and a Palestinian official said would cause only more friction after the Gaza war.

“We have long made clear our opposition to continued settlement activity,” a State Department official said. “This announcement, like every other settlement announcement Israel makes, planning step they approve and construction tender they issue is counterproductive to Israel’s stated goal of a negotiated two-state solution with the Palestinians.”