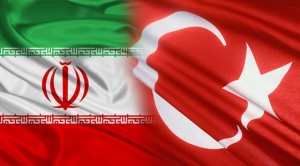 Deputy Director of the Book City Institute in International and Cultural Affairs Ali Asghar Mohammadkhani, in a meeting with Chairman of Ataturk Higher Institute of Culture, Language and History Darya Ors here called for expanding cooperation in the fields of culture and history.

Referring to cultural commonalities between the two countries, Mohammadkhani said that Iran and Turkey are among countries which have many similarities as far as historical, social and political intitutions are concerened.

He added influence of western culture, religious inclinations among people of the two countries and confrontation with modernity in the past 150 years are among other similarities which necessitate wider cooperation in the fields of culture and history.

The deputy director of the Book City Institute presented a report on his institute work in introducing Turkeyˈs literature and culture to Iranians and made proposals for joint cooperation for the next one year, which was welcomed by the Turkish side.

Ors, by praising activities of the Book City Institute, said that his institute is working on translation of Rumiˈs Masnavi in the Turkish language.

He welcomed proposals of the Iranian side and expressed his instituteˈs readiness to cooperate in holding programs in Iran and Turkey.

Mohammadkhani, who is in Turkey for joint cooperation between Book City Institute with Turkeyˈs cultural and literature organizations, has met with officials of faculties of Ankara University in Persian Language and Literature as well as Turkish authors and poets.