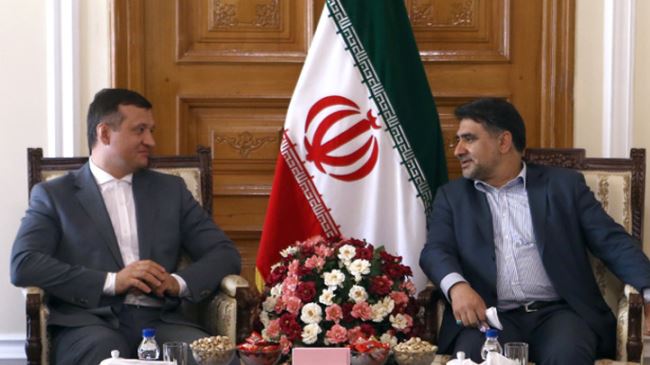 An Iranian lawmaker says cooperation and interaction between Iran and Russia can render Western sanctions against the two countries ineffective.

“Cooperating and bringing closer together the viewpoints of the two countries on regional and international issues, and identifying commercial and trade potentialities can definitely neutralize sanctions,” said Ramezan-Ali Sobhanifar, the Iranian head of the Iran-Russia Parliamentary Friendship Group in a meeting with Russian lawmaker Yuri Saviliev.

The US and EU have imposed an array of embargoes on Russian individuals and businesses over the crisis in Ukraine. They accuse Moscow of supporting anti-Kiev protesters in eastern and southern Ukraine. Russia denies the allegation.

The US and its European allies have imposed sanctions against Iran under the allegation that the Islamic Republic pursues non-civilian objectives in its nuclear work. Iran denies the accusation.

Elsewhere in the meeting, the Iranian lawmaker also said the development of ties between the parliaments of the two countries can contribute to the promotion of political, economic and cultural ties between Tehran and Moscow.

Sobhanifar underlined the need to make the best use of industrial, agricultural and trade potential to shore up ties, stressing that the two countries need to support their private sectors in the development of bilateral economic ties.

The Russian legislator, for his part, stressed the development of cooperation between the parliaments of the two countries.

Saviliev, who is a member of the Iran-Russia Parliamentary Friendship Group, also called for the implementation of economic and industrial agreements between Tehran and Moscow.

Iran-Russia trade currently totals USD 5 billion a year, but economists say the two countries can multiple the volume of their trade exchanges.