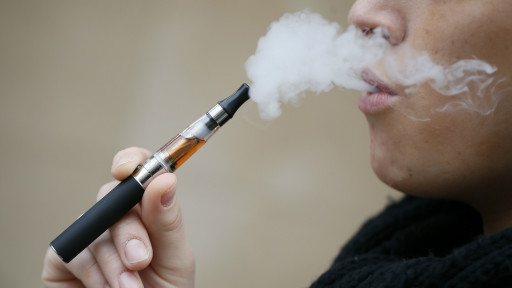 WHO calls for ban on e-cigarettes

E-cigarettes and similar devices are frequently marketed by manufacturers as aids to quit smoking, or as healthier alternatives to tobacco, and require global regulation in the interest of public health, the new World Health Organization report said.

The report states that while e-cigarettes represent an “evolving frontier filled with promise and threat for tobacco control,” regulations are needed to:

It explains that while additional research is needed on multiple areas of e-cigarette use, regulations are required now to address health concerns, in particular for:

Advertising: An appropriate government body must restrict e-cigarette advertising, promotion and sponsorship, to ensure that it does not target youth and non-smokers or people who do not currently use nicotine Indoor use: legal steps should be taken to end use of e-cigarettes indoors in public and work places. Evidence suggests that exhaled e-cigarette aerosol increases the background air level of some toxicants, nicotine and particles. Since 2005, the e-cigarette industry has grown from one manufacturer in China to an estimated US$3 billion global business with 466 brands, a market in which the tobacco industry is taking a greater stake. The report highlights WHO’s concern about the role of the tobacco industry in this market.

The regulations outlined in the report include a ban on e-cigarettes with fruit, candy-like and alcohol-drink flavours until it can be proved they are not attractive to children and adolescents. E-cigarettes have been marketed in almost 8 000 different flavours, and there is concern they will serve as a gateway to nicotine addiction and, ultimately, smoking, particularly for young people. Experimentation with e-cigarettes is increasing rapidly among adolescents, with e-cigarette use in this group doubling from 2008 to 2012, the report says.

Among other conclusions, the document found there was currently insufficient evidence to conclude that e-cigarettes help users quit smoking or not. Therefore, WHO currently recommends that smokers should first be encouraged to quit smoking and nicotine addiction by using a combination of already-approved treatments.

In addition, the report says existing evidence shows that e-cigarette aerosol is not merely ˈwater vapourˈ as is often claimed in the marketing of these products. While they are likely to be less toxic than conventional cigarettes, e-cigarette use poses threats to adolescents and foetuses of pregnant mothers using these devices.

E-cigarettes also increase the exposure of non-smokers and bystanders to nicotine and a number of toxicants, the report says.

The COP is the central organ and governing body of the Convention and comprises 179 Parties as of today.

The WHO FCTC was adopted by the World Health Assembly on 21 May 2003 and entered into force on 27 February 2005. It has since become one of the most rapidly and widely embraced treaties in United Nations history.