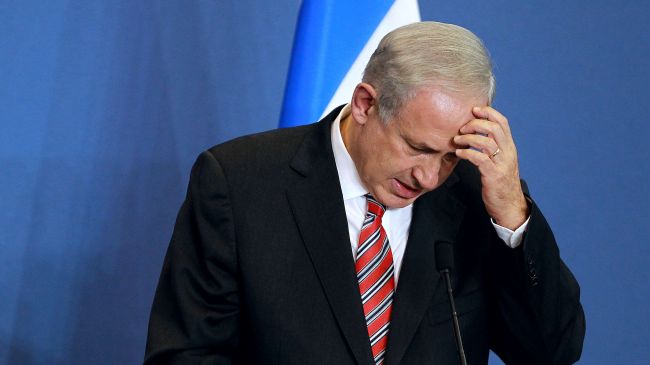 A new poll indicates that the approval ratings of Israeli Prime Minister Benjamin Netanyahu have dropped dramatically since the beginning of the Israeli war on the besieged Gaza Strip.

According to the poll published by Israel’s Channel 2 on Monday, Netanyahu’s approval ratings plunged to 38 percent from 82 percent at the beginning of the Israeli war on Gaza.

Half of the respondents evaluated his management of the war as poor, according to the survey.

Meanwhile, the results from four recent opinion polls show that the Israeli premier’s popularity has declined after he pushed harder with the deadly offensive on the Palestinian territory.

More than 2,130 Palestinians, including around 570 children, have been killed since Israel launched its onslaught on Gaza on July 8. Some 11,000 others have been wounded.

The United Nations says over 80 percent of the killed Palestinians have been civilians.

Tel Aviv says 68 Israelis have been killed in the conflict so far, but Hamas puts the number at more than 150.