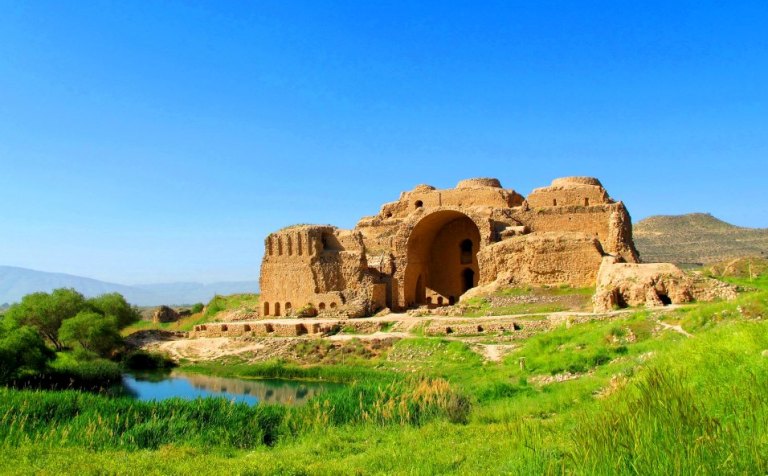 The most important barrier is to set the limits of the monuments. Fars province has had outstanding monuments registered in World Heritage list, which includes Persepolis and Pasargadae sites, with the most recent Eram Park in Shiraz securing a place in the prestigious UNESCO list.

Provincial authorities of Cultural Heritage Organization have been quoted as saying that they work on preparing the files for Sassanid monuments in the province. Firouzabad and Sarvestan host these valuable relics.

It has been suggested that these monuments suffer ruins from passing of time and natural weathering and erosion, which require repairs to the level so that they could be considered for registration in World Heritage list; delimiting of the monuments also poses a major barrier to the issue, which experts in Cultural Heritage Organization highlighted as very important.

Fars Cultural Heritage Organization provincial office has recently informed Mehr News that the organization seeks arrangements to register three Sassanid historical monuments in UNESCO World Heritage list in the framework of quota allocated by UNESCO for Iran. “According to the arrangements made, Fars province would use the quota for monuments scattered across the province,” said Mosayyeb Amiri, the head of Cultural Heritage Organization provincial office.

“Three Sassanid monuments including Firouzabad Fire Altar, Dokhtar Castle, and Sarvestan’s Sassanid Citadel will be nominated for registration in the UNESCO list,” added he, and that “the organization local office has taken measures for documentation and immediate repairs to prepare the monuments for nomination.”

Sarvestan’s Citadel complex hosts country’s oldest brick dome. The complex was completed during the reign of Bahram Gur (The Zebra-Hunter, 420-438 AD), and is located 90Km. from Shiraz.

An adviser in Shiraz House of Eternal Culture (HEC) told Mehr News that these 3 monuments were potentially eligible for nomination to World Heritage list in the current conditions. However he believed that the feat required heavy planning and well-orchestrated attempt in both cultural and legal venues, and lamented the fact that no serious measures had been taken, or the existing arrangements had not solved issues, “for example, we still face issues which lingered on for 10 years,” Abbaspour said.

He held that if the province really sought to register these monuments in UNESCO list, “a legal dynamic process should be embarked on with a good financial sponsorship, since in all three monuments, the issue is land ownership.”