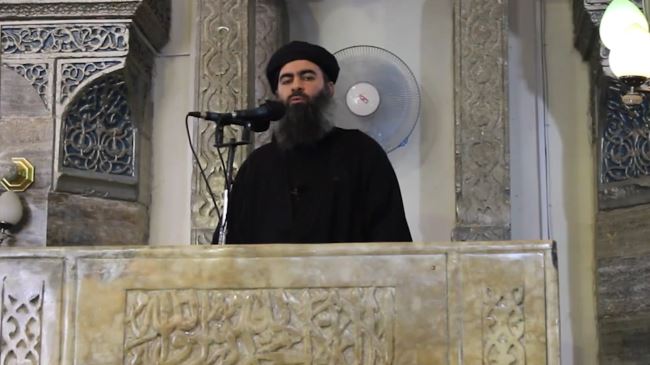 Baghdadi trained by Mossad, sponsored by US, UK, KSA: Analyst

“According to documents supposedly released by Edward Snowden, Abu Bakr al-Baghdadi who is supposed to be the head of ISIL, was trained by the Mossad for a year and may in fact be a Mossad agent,” Edward Corrigan, a human rights attorney from the Canadian city of Ontario, said in an interviewwith Press TV on Saturday.

Corrigan added that certain Western and Arab states as well as Israel have been supporting ISIL to implement their policies in Syria.

“The Americans, the British, the Israelis have all been supporting them with arms and money; they’ve also gotten money from… Saudi Arabia, Kuwait and Qatar,” he said.

Corrigan also stated that according to documents released by American whistleblower Edward Snowden, “this is sort of a honey-trap where they (the West and its regional allies) want to gather all of the Islamic radicals and militants in one place; they control them, use them for their own purposes, but also maybe in the end destroy them.”

The ISIL terrorists currently control parts of eastern Syria and Iraq’s northern and western regions, where they have been committing heinous crimes in the captured areas.

The documents state that the ISIL terrorist group was established by the US, British and the Israeli intelligence as part of a strategy dubbed “the hornet’s nest” to draw extremist militants from around the world into Syria.

Baghdadi “took intensive military training for a whole year in the hands of Mossad, besides courses in theology and the art of speech,” the documents explain, according to reports.