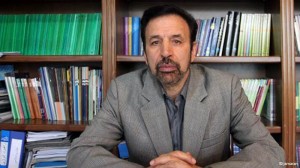 TEHRAN (Tasnim) – The third generation of mobile telecommunications services (3G) will be unveiled in Iran within the next few days, an Iranian minister announced.

Speaking to the Tasnim News Agency on Saturday, Iranian Minister of Communications and Information Technology Mahmoud Vaezi said the 3G mobile operators will commence service during the Government Week, which begins on August 24.

“The third generation is more efficient than the two previous generations, and provides cheaper and easier access to the internet,” noted the minister.

According to the data released by the Internet World Stats, there were some 45 million Internet users in Iran as of December 31, 2013, while the Internet penetration rate stood at 55.7%.

The Islamic Republic is seen as the leading country in the Middle East region in terms of Internet penetration. It has already been awarded the UNESCO special certificate for providing telecommunication services to rural areas.