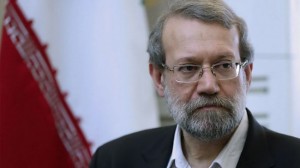 TEHRAN (Tasnim) – Iranian Parliament Speaker Ali Larijani emphasized the need for action against the “unprecedented massacre” of people by ISIL terrorists in Iraq and Syria.

“(The ISIL) is committing unprecedented massacre of people and destroying whatever is in the environment and human life,” said Larijani during the 17th General Assembly of the Asia-Pacific Parliamentarians Conference on Environment and Development (APPCED) opened in Tehran on Saturday.

“So we should all condemn this human tragedy and do our utmost to prevent it” the Iranian parliament speaker added.

The so-called Islamic State in Iraq and the Levant (ISIL) is a militant group that claims as an independent state the territory of Iraq and Syria, with implied future claims intended over more of the Levant, including Lebanon, occupied Palestine, Jordan, Cyprus, and Southern Turkey.

The ISIL atrocities in Iraq and Syria have already sparked international condemnation with a number of Western states calling for regional countries’ cooperation to combat the terrorist group.