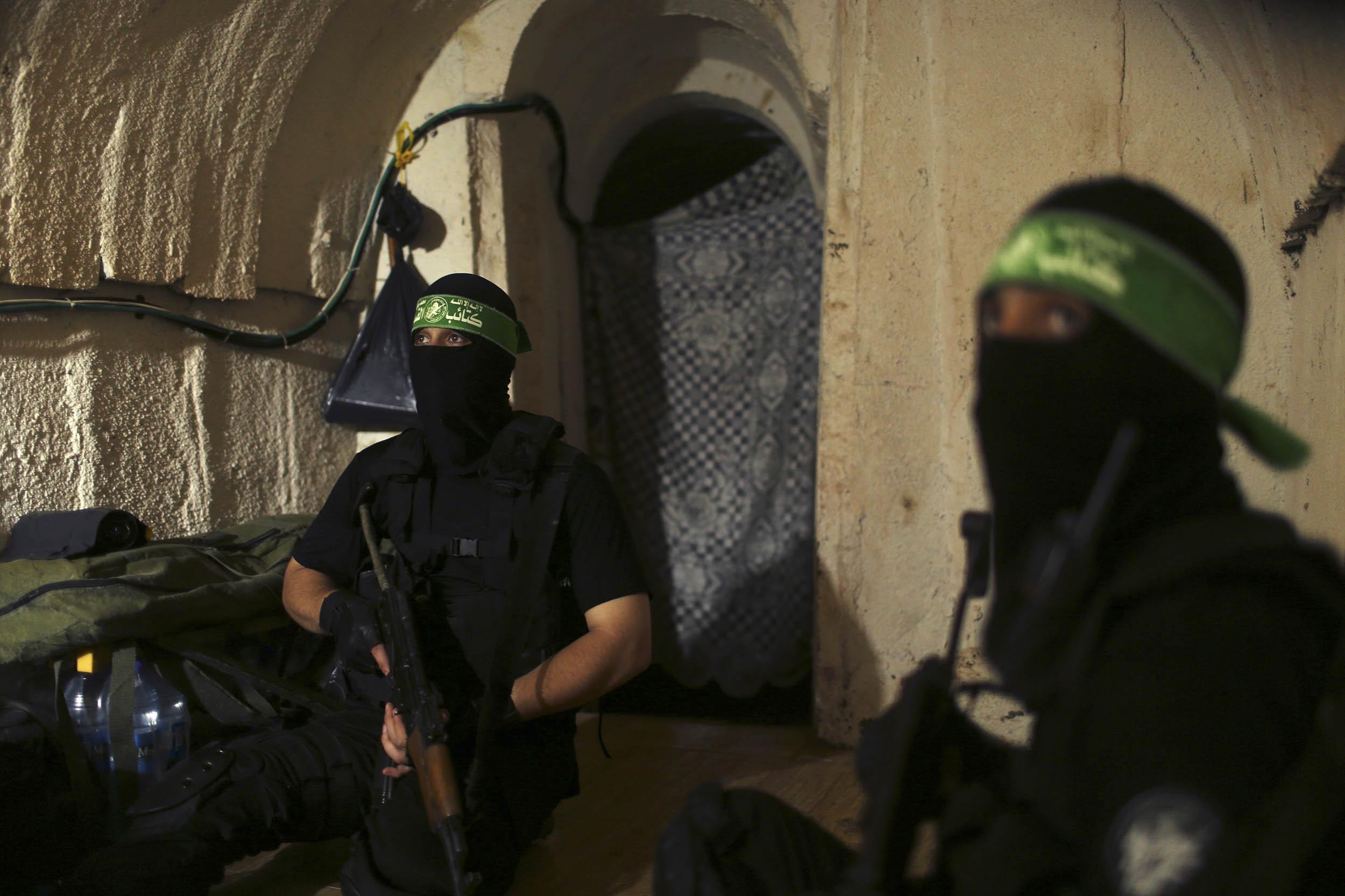 Pictures published today show Hamas fighters giving a crew of Reuters journalists a glimpse into the underground network of tunnels they control in the Gaza Strip that have so far eluded Israeli bombs.

The tour of the underground passages was taken by a reporter, photographer and movie cameraman for Reuters in what they believe was an attempt by fighters — a rare sight during the month-long conflict — “to dispute Israel’s claim that it had demolished all of the Islamist group’s border infiltration tunnels in the Gaza war.”

The Reuters team say they were blindfolded and driven by Hamas to a secret location. They said they were unclear whether they were still inside the Gaza Strip or where the tunnel led to. The journalists describe “descending a thin metal ladder through a tiny shaft”before being led through corridors less than 3.3 feet wide but of indeterminate length.

The Israeli Defense Forces (IDF) say they’ve found 30 tunnels so far since the Gaza war started. The vast underground network is used for infiltrating Israeli territory, storing weapons and housing Hamas command centers. The IDF estimates that each tunnel costs $3 million. Israel has focused on destroying tunnels within two to 4.5 kilometers of the border, Reuters reports.

We found these motorcycles in a tunnel inside Israel. Hamas’ plan? Abduct Israelis & rush back to Gaza with hostages.

Fighting erupted again between Israel and Hamas in Gaza today despite a brief truce and a 24-hour extension of a ceasefire. Three rockets were fired from Gaza into southern Israel, Reuters reports.

More than 2,000 people have been killed in the conflict, including 2,016 Palestinians, 66 Israelis and one Thai national.