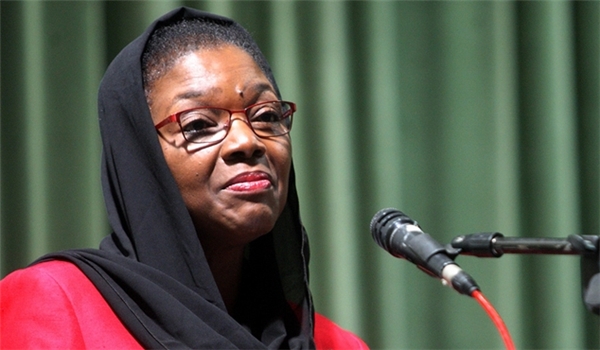 TEHRAN (FNA)- UN Undersecretary-General for Humanitarian Affairs Valerie Amos stressed that those groups or states that attack relief workers should be brought to justice and punished.

Addressing a ceremony to commemorate the International Humanitarian Day in Tehran on Monday, Amos said civilians in different cities in Sudan, Central Africa, Gaza, Syria and Iraq are, unfortunately, paying the price in modern wars waged in the cities.

“As an international and humanitarian society, humanitarian laws shouldn’t be ignored by armed groups and countries, but relief workers who love humans are, unfortunately, attacked,” she added.

“Effort should be made to punish those who attack relief workers,” Amos underlined.

As the conflict in Gaza (started on July 8) deepened, tens of thousands – and then hundreds of thousands – of Palestinians were forced out of their homes and into shelters operated by the United Nations. Dozens of UN-operated schools were converted for the purpose. Eventually, almost 270,000 internally displaced people were crowded into 90 shelters in Gaza.

In the last two weeks of the fighting before this week’s ceasefire, UN schools began to come under fire. Six schools in all were hit. Hundreds of Palestinians and relief workers at the schools were wounded and at least 47 were killed. A disproportionate number of those hurt were children or women. Of the 485,000 internally displaced, many had sought shelter in the schools after being warned by the Israeli military to leave their homes.

Reports from the scenes and other evidence indicate that the source of the fire in each case was Israeli, although in at least one case the Israeli military initially claimed that errant Hamas rocket fire was responsible, which of course proved to be a wrong allegation later. UNRWA, the UN Relief and Works Agency for Palestine refugees, said it had informed the Israeli military of the locations of the schools repeatedly, in one case 33 times.

The repeated strikes on the schools drew increasingly shocked responses from the United Nations and governments around the world. The UN secretary-general, Ban Ki-moon, called the last school strike, in Rafah on 3 August, a “moral outrage” and a “criminal act”. The White House said it was “extremely concerned that thousands of internally displaced Palestinians who have been called on by the Israeli military to evacuate their homes are not safe in UN-designated shelters in Gaza”.