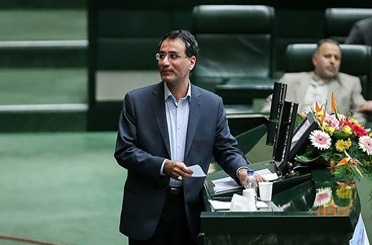 TEHRAN, Aug. 17 (MNA) – The impeachment of minister of Science, Research and Technology in Iranian Parliament is rescheduled to be held on Tuesday.

More than 50 MPs signed a request for impeachment of Reza Faraji Dana weeks ago which was officially announced on the floor of Parliament by the speaker earlier this week.

The impeachment which was planned for Wednesday, will be held on Tuesday due to a request by the government. The cabinet has organized a provincial visit on Wednesday and has asked for change in time in order to make it possible for the president to attend the questioning session.

According to the law, the impeachment must be held within ten days after it goes to the floor. Faraji Dana must answer to the questions of impeachment signatories to convince the MPs to give a confidence vote to him again.

MPs and Faraji Dana held several meetings during last two month to solve the problems, but the two sides failed to come up with a solution.