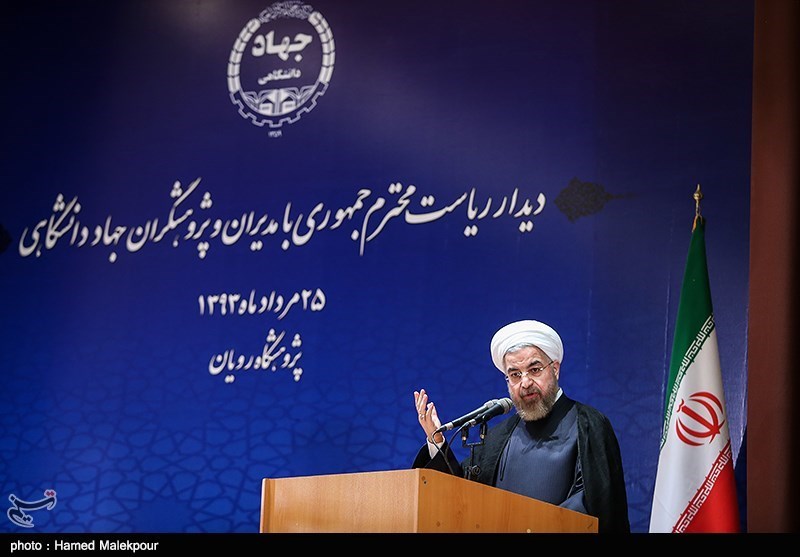 “By implementing the plan, exports of oil won’t rely on just one port and one place (the Kharg Island) in the Persian Gulf and through the Strait of Hormuz, but it will also be available through the Sea of Oman,” he added.

Rouhani said that turning Jask into an oil hub is a difficult job which needs three to four years of endeavor, but it is “strategic and important” to Iran.

Jask is a vital port for Iran’s petroleum industry as 20 million barrels of crude oil are stored there before being exported.

In relevant remarks in March, Rouhani underlined the importance of the port city of Jask for the expansion of energy ties with the neighboring countries.

“Government is committed to develop Jask Port to become a major Iranian oil terminal in the Sea of Oman,” President Rouhani told reporters in the Southern Kish Island.

President Rouhani reiterated that Jask will turn into one of the country’s most important crude oil export terminals in the near future.

“Iran-Oman recent contract under which the Islamic Republic would supply the ‘Persian Gulf state with natural gas through Jask Post will develop the region’s economy,” the President reiterated.

In February, President Rouhani said an oil terminal export is being constructed in Jask Port.

“This port will become a major industrial and economic center in Hormuzgan province in the near future,” Rouhani said on his provincial tour to Southern Iran late in February.

The president said the Southern province of Hormuzgan has great potentials for growth and development, adding that the province is good for industrial, agricultural, transportation and marine sector development.