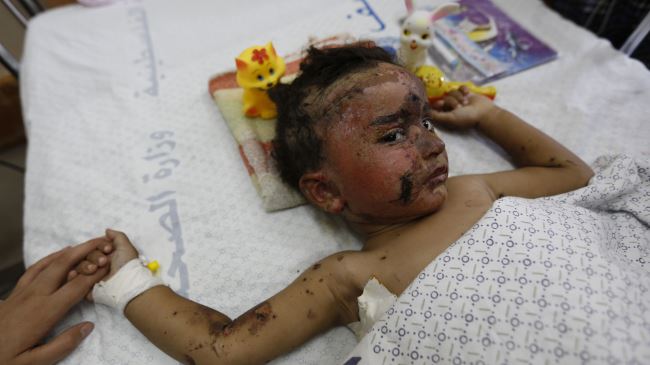 An Israeli court has banned the broadcast of Israeli human rights NGO B’Tselem that listed the names of Palestinian children killed during Israel’s month-long offensive in the Gaza Strip.

On Wednesday, the Supreme Court rejected B’Tselem’s appeal to overturn a decision by the Israel Broadcast Authority to ban a broadcast produced by the NGO, saying it is of political nature.

The broadcast listed the names of children killed in the war in the besieged enclave.

“The hidden objective of the broadcast… is to get the public to make the government stop the (Israeli army operation) in Gaza, due to civilian deaths and children in particular,” the judges’ decision read, adding, “The broadcast is clearly not meant for informative purposes only,” it added.

Israel launched the latest war against the coastal enclave on July 8, killing at least 1,962 Palestinians, including 470 children, and wounding at least 10,100 others.

On Wednesday, Israel and the Palestinian resistance movement Hamas agreed to extend a temporary truce in Gaza for five more days as Israeli and Palestinian negotiators continued talks to reach a long-term deal in the Egyptian capital Cairo.

On Thursday, Khalil al-Haya, a senior member of the Hamas delegation at the talks, said any deal with the Israel regime must include Palestinian’s demand to end the blockade of the Gaza Strip.

Israel launched the latest war against the blockaded Gaza Strip on July 8. Nearly 1,962 Palestinians, mostly civilians, have so far lost their lives and at least 10,100 have been injured in the Israeli war.