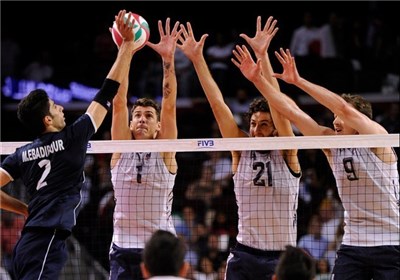 TEHRAN (Tasnim) – Iran volleyball team was defeated against US in straight sets (25-23, 25-23, 25-21) in the second match of the USA Volleyball Cup series on Thursday.

Carson Clark led US with 16 points in the match held at the Anaheim Convention Center.

Iran, ranked No. 11, is playing in the United States for the first time in more than 35 years. Both teams are using the four-match series as a tuneup for the FIVB World Championships later this month in Poland.

Two teams have been scheduled to play on Saturday at San Diego State University and will face together at the UC Irvine one day later.