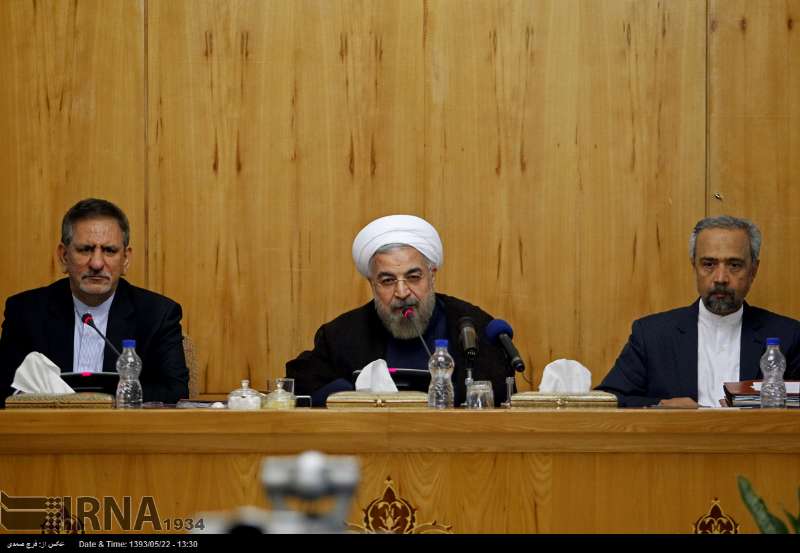 Talking in the cabinetˈs Wednesday morning session, he said his cabinet was the forerunner in listening to critics and no one is capable of reversing this approach.

He explained that the words and phrases he used during his recent remarks at foreign ministry were not meant to accuse the critics of government of being ˈcowardsˈ. The remarks addressed those people who were busy sabotaging and tarnishing the image of government.

He said such people should be aware that the government will not remain silent.

The President said based on Quranic teachings he was not supposed to surrender to pressures by those who are planning to violate the rights of the nation and national interests.

However, Rouhani stressed that all have to use proper literature even when addressing their critics.