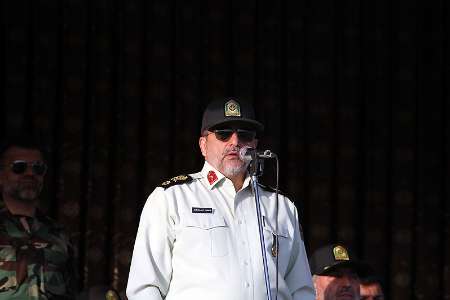 He noted that enemies could not stand the growing security in Iran given the fact that global crime was growing.

The commander noted that it was hard for enemies to see a mighty Iran which practiced a powerful presence in various political, economic, social and security fields.

He said enemies are afraid of Iran playing a role model for other countries.

A powerful police guided by the Supreme Leader of the Islamic Revolution safeguards independence, freedom and security of the nation, he added.