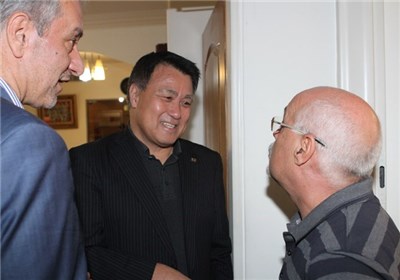 “Iran showed a good performance in the 2014 FIFA World Cup. Iran and Japan are important pillars of the Asian Football Confederation and we should help the Asian countries make good progress,” Kohzo said.

“Iran played well against Argentina in the World Cup and the last minutes’ goal from Lionel Messi didn’t let you to return to the match,” he added.