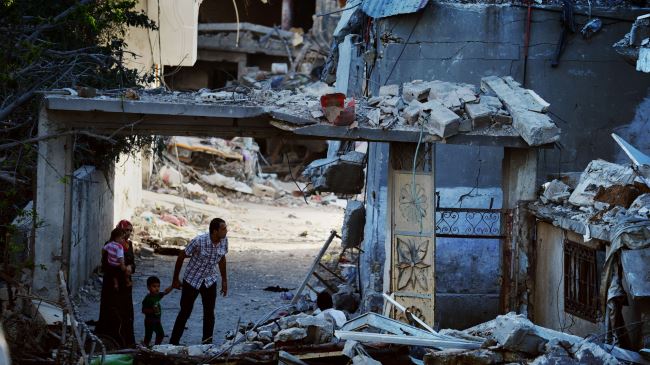 Israel-Hamas talks have made no progress: Israel official

A top Israeli official says the ongoing indirect talks between Israeli and Palestinian delegates in the Egyptian capital, Cairo, on a lasting truce between the two sides have made no progress.

“The gaps are still very wide. There has not been progress in the negotiations,” the unnamed official said on Tuesday.

The comments come as the Egyptian-brokered talks entered their second day. A 72-hour truce, meanwhile, held on the ground.

The negotiations are reportedly aimed at reaching a long-term ceasefire in the besieged Gaza Strip.

Israeli Prime Minister Benjamin Netanyahu had been due to discuss the Cairo talks with his security cabinet later on Tuesday afternoon. However, the meeting was called off, according to media reports.

Late on Monday, a Palestinian official in Cairo said the first day of the talks had lasted nearly 10 hours. “The negotiations were serious,” he added.

“(Tuesday’s) meeting should be the most important,” the official said, indicating the talks are expected to tackle important issues such as the seven-year-old Israeli blockade of Gaza.

Hamas Political Bureau chief Khaled Meshaal also said on Sunday that the final goal is to have the demands of Palestinians met and the Gaza blockade lifted.

A previous 72-hour truce in Gaza ended on Friday morning without any agreement to extend it.

Chief among Hamas’ demands is a full Israeli withdrawal from Gaza and an end to the Israeli siege of the coastal enclave.