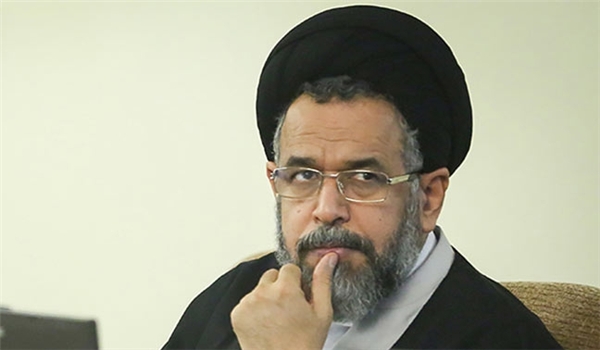 During the meeting on Monday night, the two officials discussed all-out cooperation between Tehran and Dushanbe, and underlined development of security cooperation and further growth in fruitful relations between relevant bodies.

They also stressed that Iran and Tajikistan can play an important role in consolidating regional stability and security, including establishment of peace and stability in Afghanistan and its reconstruction.

On September 13, 2013, Iranian President Hassan Rouhani stressed the expansion of the mutual relations and cooperation between Iran and Tajikistan in a meeting with his Tajik counterpart in the Kyrgyz capital city of Bishkek and on the sidelines of the Shanghai Cooperation Organization (SCO) summit.

Officials said in July that President Rouhani plans to participate in the inauguration ceremony of Phase II of Sangtoudeh-II Dam and Power Plant constructed with Iran’s major financial and engineering partnership.

Rouhani will attend the Sangtoudeh-II Project’s inauguration ceremony on the sidelines of his visit to Tajikistan in September 12-13, 2014 to take part in the upcoming summit of the SCO.

Founded in 2001, the SCO comprises Russia, China, Kazakhstan, Kyrgyzstan, Tajikistan and Uzbekistan. The organization consolidates efforts to counter terrorism and radicalization among member countries, and also works on other policy areas such as politics and trade.

Afghanistan, India, Iran, Mongolia and Pakistan have observer status, while Belarus, Sri Lanka and Turkey are classed as dialogue partners of the SCO.

In April, Iranian experts completed the second phase of the Sangtoudeh-II power plant in Tajikistan and connected it to Tajikistan’s national power grid, but the project will be inaugurated officially in September.

Two 110MW units of the power plant are now supplying power to the national power grid.

Mehdi Malekpour, the director of Sangtoudeh-II dam and power plant, said in April that all the designing and building operations have been conducted by Iranian engineers.

The first turbine of Sangtoudeh-II power plant, some 180 kilometers from the capital, Dushanbe, was inaugurated in 2011 simultaneous with Tajikistan’s Independence Day.

The Iranian contractor will hand the plant’s operation management to Tajikistan in 12 years.

Iran has contributed $180bln to the construction of Sangtoudeh-II and Tajikistan’s share is $40bln.