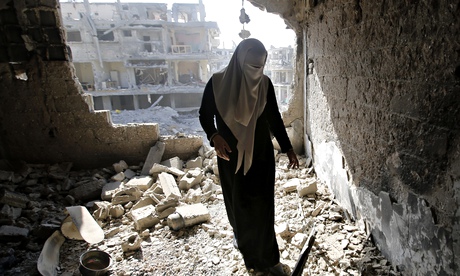 Gaza homes ‘uninhabitable’ as tens of thousands come back to rubble

United Nations says the level of destruction is ‘unprecedented’ as 30,000 people in Beit Hanoun alone must be rehoused

Tens of thousands of people across Gaza have returned to their homes as a tenuous ceasefire held and hopes rose of an end to the month-long conflict between Israel and Hamas.

Local officials and humanitarian workers began to inspect the damage the war had caused in the overcrowded enclave, with initial assessments indicating earlier estimates may have been optimistic.

In Gaza City, which has a population of half a million, between 20 and 25% of the housing stock has been damaged, said Nihad al-Mughni, head of the engineering department.

Mohammed al-Kafarna, the mayor of Beit Hanoun, a northern town which saw fierce fighting and heavy bombardment, said 70% of homes were “uninhabitable”.