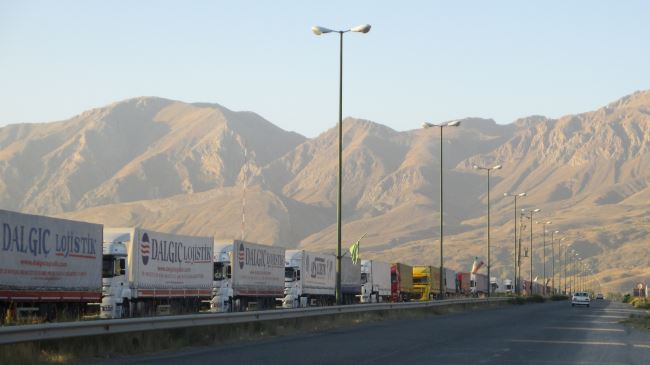 The file photo shows Turkish trucks on an Iranian road near the northwestern Bazargan border crossing.

Iran has allowed Turkish trucks heading to Iraq to pass through its territory to avoid the threat of ISIL Takfiri terrorists, says an Iranian minister.

Iran’s Minister of Industry, Mine and Trade Mohammad Reza Nematzadeh said on Saturday that the Islamic Republic has agreed to the measure following a request by Turkish Economy Minister Nihat Zeybekci.

In Iraq, the crisis escalated after the ISIL took control of Mosul in a lightning advance on June 10.

More than a million people have been displaced in Iraq so far this year, according to estimates by the United Nations.

The ISIL Takfiri terrorists say they will continue their raid towards Baghdad.

Iraqi soldiers have been engaged in heavy fighting with the Takfiri militants on different fronts and have so far been able to push them back in several areas.