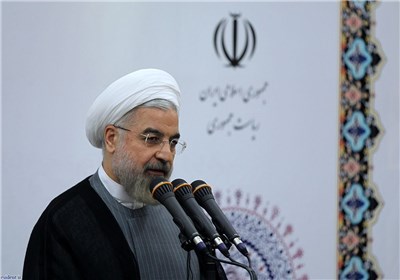 In a cabinet meeting on Sunday, the president ordered that all Iran-140 passenger jets be banned from flying until full investigation is conducted into the cause of the crash.

He also expressed deep sadness over the incident and expressed condolences to the families of the victims and the entire Iranian nation.

During the cabinet session, ministers of road and urban development and defense presented reports on the tragic plane crash.

The Antonov An-140 (Iran-140) aircraft belonging to a domestic airlines fatally crashed in a residential area in the west of the capital, Tehran, on Sunday morning.

It was scheduled to travel from Tehran to the northeastern city of Tabas when the incident occurred.

At least 38 passengers have been killed so far. No information is available on the cause of the crash.

The Antonov An-140 commercial passenger airplane is a twin-engine turbojet aircraft, which can accommodate up to 100 passengers