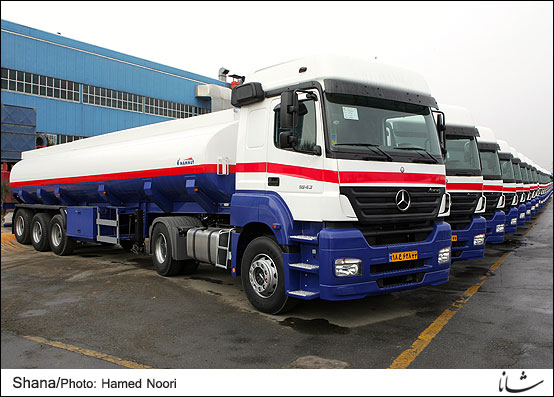 TEHRAN August 8 (Shana)–Iran has exported 500 tons of gasoil to Afghanistan, a top official said, adding that plans are under way for doubling the cargo.

He added that the cargo was delivered to Afghanistan in oil tankers.

Kashkouli said recently that Iran plans to provide fuel oil and diesel fuel to Afghanistan and Iraq in the near future when more phases of the South Pars gas field come on-stream.

“Operation of new phases of South Pars [gas field] and ensuing natural gas production enhancement by 100 million cubic meters a day in the near future will cause a significant [volume of] liquid fuel…to be available for export to neighboring countries,” said Managing Director of National Iranian Oil Products Distribution Company (NIOPDC) Mostafa Kashkouli.

Kashkouli stated that Iran is also assessing the conditions for exporting liquefied petroleum gas (LPG) to Iraq and Afghanistan.

Iran is expected to start pumping gas to neighboring Iraq early next Persian calendar year, which starts on March 21, 2015.

The South Pars gas field, which Iran shares with Qatar in the Persian Gulf, contains significant amounts of gas and condensate.